3 Real (And Preventable) Reasons She Cheated On You

Have you ever cheated? Be honest. If you have I bet I know why. We’ve already talked about why men cheat but lets talk about the 3 reasons women cheat. 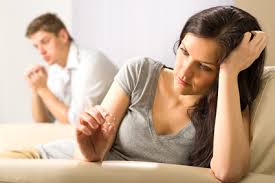 1. Women Cheat As a Form of Revenge

Its only natural for a woman to get completely fed up with being mistreated, lied to and cheated on. Its also natural to want some type of reprisal and in most instances its in the form of cheating. And when women cheat it is ugly, a woman will sleep with your best friend just for the satisfaction of knowing and every time you piss her off she’ll get high off the memory of it. I’m not saying its right but I am saying it happens.

When a man stops doing the things he did to get a woman; taking her out, complimenting her and genuinely showing her the love and attention she deserves he is asking for trouble.

When dating initially, men are extra careful to shower women with attention, the compliments don’t cease, the hand holding is constant and they want to spend as much time as possible together. But there are times when some men become complacent after both people are committed and they start to knowingly or unknowingly slack off. This is a huge mistake.

Although I don’t think that most women plan to cheat, most times the decision is emotional. It can start as a small desire for attention that leads to reminiscing about the past ex’s and if things are really bad then infidelity ensues.

To counter the lack of attention or affection she might feel here’s a list of 25 ways to make her feel sexy and appreciated.

3. They Aren’t Being Emotionally or Mentally Stimulated

Basically she finds you boring. If conversation is not clicking and you aren’t able to keep her attention then you can just count that as a loss.

Women like drive and excitement and most of all mental stimulation. If you’re lacking in any of those categories, especially mental stimulation then you’re pretty much doomed. There is no real way to connect if a woman can’t find you mentally attractive, its nearly impossible. She will naturally gravitate toward someone who is worldly and seeks knowledge, someone she can mentally grow with.

I’m not saying its right but I am saying it happens and if men know the reasons why women cheat then hopefully they can prevent it.