Are You Dating a Cheater?

What kinds of people end up being deceived on by the people they are dating? A Cheater? Maybe or ….
Some people are sociopaths, or people who lack moral consciences. When you first meet them, sociopaths appear to be very well-adjusted. They may even be the life of the party. But they’re human predators — who know they’re hurting people but don’t care.

Women who fall in love with sociopaths have four traits in common. They are:
1. Extroverted. They’re outgoing. They like excitement. They’re also often strong-willed.
2. Cooperative. They value getting along with others and are willing to compromise their own interests for the larger picture. A sociopath loves this.
3. Social. They like being around people and are sentimental and tenderhearted.
4. Empathetic. They are understanding and compassionate.

But what are the chances any of us will actually encounter a sociopath?
Experts estimate that one to four percent of the population are sociopaths. That means there may be 3 million to 12 million of them in the United States. And most are not in jail. They’re living freely among us, exploiting everyone they meet. 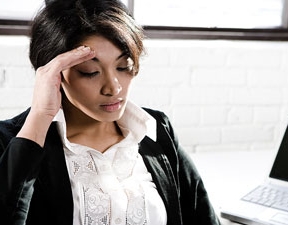 Do women who fall for sociopaths have bad communication skills? Like, do they avoid asking uncomfortable questions?
There is no good communication strategy when it comes to a sociopath. They lie all the time.

What are things you must know about your partner if you want to avoid getting entangled with a sociopath?
You need to listen to your intuition if you think something is wrong with the person. The sociopath or cheater will have a ready, plausible excuse for inconsiderate, curious, or downright nasty behavior. Don’t pay attention to him. Pay attention to your gut instinct.
Furthermore, your friends and family may also have bad vibes about him. The sociopath will say they’re jealous, or they want to keep you apart, and he’ll try to isolate you from them. Don’t let that happen. Listen to the people who have known you for years — and care about you.

Any other warning signs?
1. He doesn’t have healthy relationships with others. If he doesn’t have any longtime friends and isn’t close to members of his family either, proceed with extreme caution.
2. He starts finding fault with you after flattering you endlessly. He does this to get you hooked.
3. Sociopaths always have incredible stamina. So, if you suspect him of cheating, don’t reassure yourself with the thought that because you’re having so much sex with him he can’t be getting it from someone else.
4. Sociopaths are irresponsible. They lose jobs all the time, and money just disappears.

If you want to learn more about sociopaths, you can check out this site.