Ashley Madison: Playing Around, or Just Playing? What We Have Learned So Far 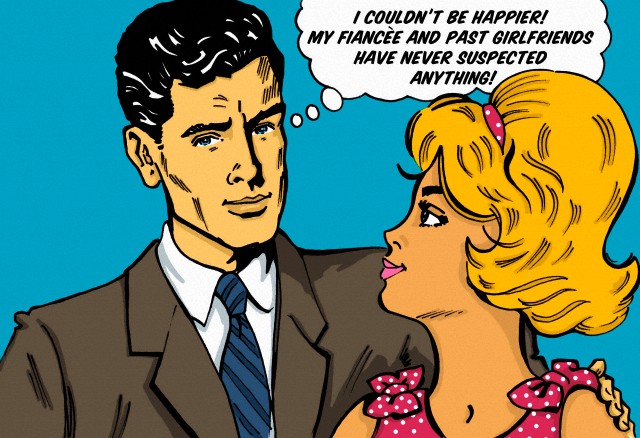 What we have NOT learned is that tens of millions of men actually want to arrange extramarital affairs with virtual strangers.

That’s because we don’t know how many men joined AM specifically to get laid (yes, of course many did), and how many joined for other reasons. These could include:

It turns out that both groups—the “I wanna get laid” crowd and the “I wanna talk or imagine” gang—were systematically cheated. Of five million supposed female members of AM, over 99% of their profiles were fake, manufactured by the site to lure male (i.e., paying) customers.

Surprise, surprise—a business model that exploited sexual desire, arousal, curiosity, loneliness, and dissatisfaction was wildly successful. AM swindled virtually every customer who was shopping for real sex, and virtually all customers who were pining for validation, conversation, or information (about women or their own marketability).

It’s easy to scorn customers who were cheated while they participated on a website for cheaters. Poetic justice, some might say.

I disagree—the two are completely unrelated. We expect that people who crash while driving drunk should get quality medical care, right? And we expect that convicted criminals should be treated in a civilized way while jailed, right? (Parenthetically, let’s remember that virtually none of the 31 million male members actually cheated via AM; we can say that many tried, which would make them akin not to convicted criminals, but rather suspected criminals—who, in America, have tremendous legal rights.

If any good comes out of this mess (besides CEO Noel Biderman losing his job, along with, one hopes, everything else he values), it would be the two cultural conversations it launches: one about internet privacy, the other about sexual fantasy and infidelity. However, the question is NOT “why do 31 million men want to cheat,” but rather “why are so many men inhibited from talking about sexual or emotional issues with their partners?”

The fear of data exposure is a dystopian new twist on guilt and the fear of being known. But if that gets some of these 31 million men talking more honestly with their partners, it will be a step forward after all.