Two Longmont police detectives warned that parents of teens should take care to track their kids’ online activity, especially dating and men should ask for identification before engaging in any sexual activity with an online date.

Detectives Stacey Graham and Tori Bellah, who investigate sexual assaults, said that they have investigated several recent cases in which young teens used dating sites, apps or social media to “hook up” with older men. Police arrested a 23-year-old man on suspicion of sexual assault on a child after he reportedly met a teen on a dating site and then traveled to Longmont specifically to have sex with her.

“They had actual plans that he would come to town specifically to have sex,” Bellah said.

Police reported that the man picked the girl up near her mother’s home and took her to a motel, where they spent less than two hours. In that time, police report, the pair had consensual unprotected sex. Police got involved after the girl’s mother reported that she had run away and then, during a brief return home, discovered evidence on the girl’s phone of the plan. The girl fled again, but police caught up with her and, later, the man.

He told officers he thought she was 18. She told police she told the man she was 16, which would have been within legal boundaries for consent with a partner up to 10 years older. She is actually 14.

In another case, police were able to recover Snapchat exchanges from a phone. Snapchat is an app that allows users to send one another photos and messages that expire after a few seconds. Although the program doesn’t archive the chats, the detective said they can be pulled off of devices. In that case a 15-year-old girl claimed she had a relationship with a 19-year-old man who got her drunk and had sex with her when she could not consent.

The detectives said another detective is investigating a report of a 19-year-old from Denver who was suspected of traveling to Longmont to meet at 13-year-old girl for sex after meeting online. 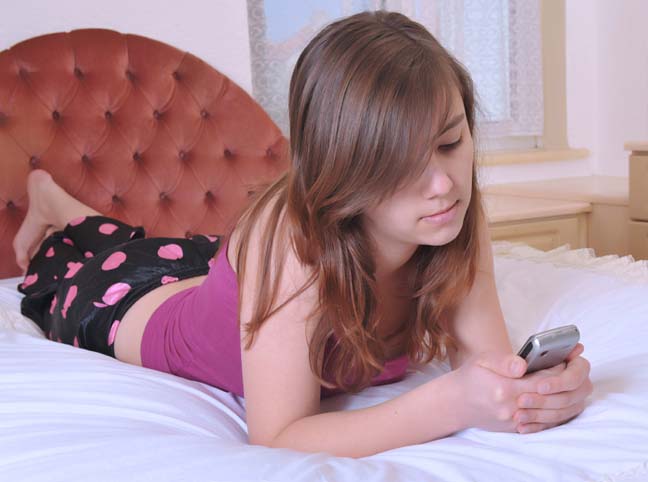 Graham and Bellah said the 14-year-old girl in the latest case deleted her dating profiles but that they have seen similar cases where girls too young to consent to sex are creating dating profiles, using phone applications or social media to pursue older men. The adults who engage with those teens are the ones who find themselves behind bars, not the kids, Bellah said.

Most dating or “hook up” sites require users to verify that they are at least 18 years old, which is just a couple of clicks on the computer. Some sites or chat rooms pair strangers to talk to each other without even requiring a profile. Graham said she posed as a 14-year-old girl on one site and within five messages received a photo of a man’s genitals.

Bellah said the girl who went to the Lamplighter was using a wifi connection on her iPod to access home Internet and communicate with men. The girl admitted to using more than one site.

The teens are the ones lying about their ages, but Bellah said it is the adults to will pay the legal price if they are not careful.

“It wasn’t her who was arrested and charged,” she said.

Graham added that the adult still maintains the power in the relationship, even if the younger person lied about his or her age.

“Younger people look up to them,” she said. “They are suddenly cool.”

Men should feel free to ask for identification cards to prove age, the detectives said. School identification cards should be a red flag, they said. Reviewing one dating site on a detective’s computer, girls who claimed to be at least 18 looked considerably younger in profile photos. One girl had her face painted with a cat nose and whiskers. She proclaimed a love for Pokemon. Another girl was on a hookup site was wearing a sweatshirt with the logo of a local middle school.

Police recommend that adults protect themselves by reviewing their online contacts with a critical eye because the consequences can be life-changing.

Bellah acknowledged it can be tough for parents to regulate Internet activity. She said parents should endeavor to control access to family Internet connections and to try to keep up with the tools that connect, including computers, phones, iPods and even game consoles.

The detectives said some young teens feel cool if they make older friends and that some are, indeed, looking for sex partners.

Please don’t allow your child to get into any situations like this.  Give yourself peace of mind and employ EyeSpyU.com for all your search and monitoring needs.

« After Cheating. Now What?

Are You Dating a Cheater? »