The rise of social media, particularly sites like Facebook, allows us to keep in contact with many people who, in the past, would have slowly faded into memory. This can be a wonderful thing, enabling us to remain connected with minimal effort to all sorts of people from different periods of our lives or to reconnect with people we thought we’d never see again.

However, social media has also added an interesting new gray area to the world of infidelity. A study from Indiana University found that many Facebook users are using the social media platform to stay in touch with potential “back-up partners”—friends or exes with whom they know they could kindle or rekindle romance if their current relationships were to fall through.

The Indiana study found that the study participants who were in relationships had romantic or sexual conversations with an average of two people outside their relationships using social media.

Men were more likely than women to have “back-burners,” but the practice was still relatively common among members of both sexes. Not all back-burner relationships included explicitly romantic or sexual conversations; some involved simply staying in contact with someone with whom participants knew there was romantic potential, and others involved developing a strong emotional relationship with someone other than the primary partner. 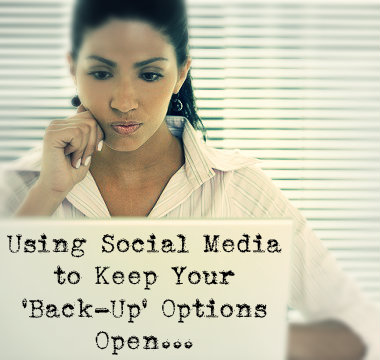 Is it Innocent, Or is it Cheating?

So where does this kind of activity fall on the cheating continuum? Is it digital infidelity, or is it largely innocent behavior? And what kind of affect it is likely to have on your relationship?

Much depends on the way in which people engage in “back-burner activity.” Simply staying in touch with someone with whom there have been romantic sparks in the past is one thing, while having explicitly sexual conversations with someone is another matter altogether. Most people would never demand that their partners eliminate all past or potential romantic contacts from their social circle, but “sexting” is widely seen as a betrayal of trust.

Emotional Infidelity Can Be Devastating To Relationships

However, spending a great deal of time and emotional energy maintaining relationships with potential back-up partners could begin to intrude on the health of your current relationship. This is particularly true if you enter into a fairly intense emotional relationship with someone and become dependent on regular contact with that person. This kind of relationship, known as “emotional infidelity,” can sometimes be even more devastating to a relationship than sexual infidelity because of the intense feelings involved.

No Link Between Relationship Satisfaction And Back-Up Options

This could suggest that having back-up romantic options is a natural byproduct of having a large social network and not necessarily cause for concern about the health of a relationship.

« Could YOU Spot a Cheater? Study Finds Men Can Tell Which Women are More Likely to Have Affairs Just by Looking at Their Faces

Ashley Madison: Playing Around, or Just Playing? What We Have Learned So Far »