The growth in steamy chat room conversations and cybersex also has triggered a rethinking of the meaning of infidelity. If there is no physical contact or actual sex, is it still an affair?

“It’s not just that you’re communicating with someone online but that there is a sexual or emotional nature,” says Katherine Hertlein, PhD, an associate professor at the University of Nevada in Las Vegas who studies online affairs. “With the Internet, we’re moving away from just physical ideas about infidelity and acknowledging emotional infidelity.”

Several studies suggest that even when there is no in-person contact, online affairs can be just as devastating as the real-world variety, triggering feelings of insecurity, anger and jealousy. Women usually feel more threatened by the emotional betrayal of a partner’s online affair, while men are more concerned about physical encounters, Hertlein says, but the gender differences are lessening.

“That is starting to even out in part because of the equality of opportunity that the Internet brings to everybody,” she says.

While men traditionally have been the more unfaithful sex, gender roles are reversing in some cases as more women experience cybersex. “I think there is this bias that women don’t cheat for sexual reasons at all,” Hertlein says. “Women are supposed to be the nurturers and the matriarchs in our society.”

Due to the secretive nature of online affairs, reliable statistics are hard to find, but a 2005 study of 1,828 Web users in Sweden offers evidence about the prevalence of cybersex and online affairs. Almost a third of the participants reported cybersexual experiences, and people in committed relationships were just as likely to engage in cybersex as those who were single. But gender and age made a difference. While men’s interest in cybersex decreased with age, women’s interest increased slightly, with 37 percent of women age 35 to 49 reporting cybersexual experiences compared with only a quarter of men in the same age group (Archives of Sexual Behavior, Vol. 34, No. 3).

A 2008 Australian study offers more insight into Internet affairs. It found that of 183 adults who were currently or recently in a relationship, more than 10 percent had formed intimate online relationships, 8 percent had experienced cybersex and 6 percent had met their Internet partners in person (Australian Journal of Counselling Psychology, Vol. 9, No. 2). More than half of the respondents believed an online relationship constituted unfaithfulness, with the numbers climbing to 71 percent for cybersex and 82 percent for in-person meetings.

“The Internet is opening up these new ways of exploring your sexuality and that includes infidelity,” she says. 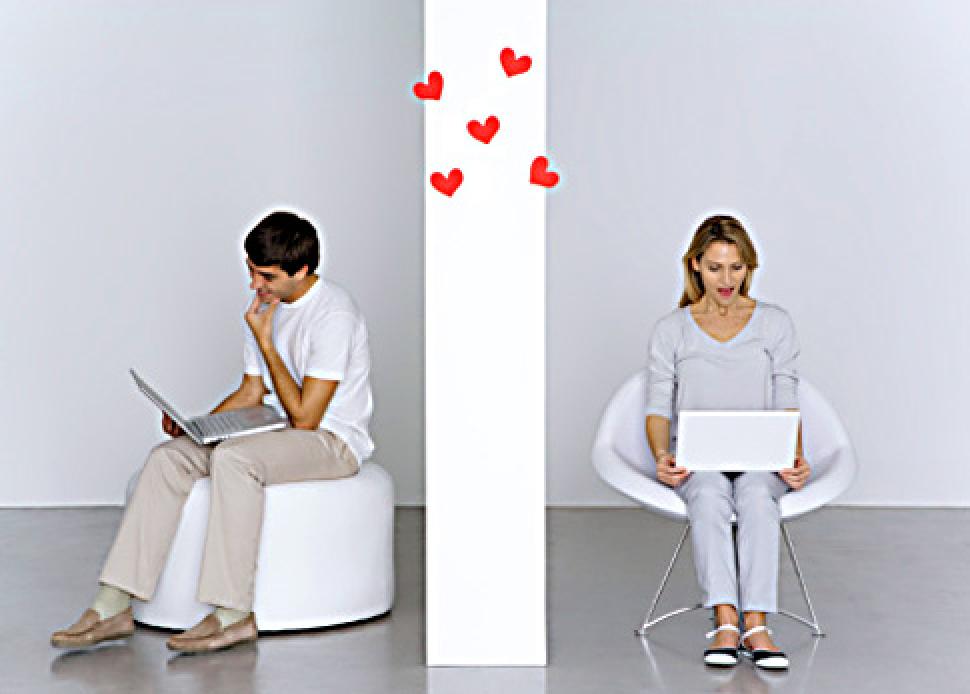 Right under your nose

Americans now spend as much time online as they do watching TV — about 13 hours a week. While TV viewing has remained fairly constant, time spent surfing the Web has increased more than 120 percent over the last five years. With the burgeoning use of the Internet, many practitioners are seeing more couples because of online affairs and are addressing new issues in therapy, psychologists say.

“It starts in the home, which is very different than most affairs. It starts right under your roof,” says Elaine Ducharme, PhD, a psychologist in Glastonbury, Conn., who specializes in cybersex addictions. “You can’t usually get rid of your computer in the house. Every time you walk by, you’re asking yourself if he or she is using it for an affair.”

While most relationships are hampered by such workday realities as household chores and paying the bills, online relationships exist in an electronic nether world where strangers can construct their own identities, Hertlein says. “On the Internet, you can be whoever you want to be. You can type, backspace, delete. You don’t have to be this constrained person you think you should be.”

Fantasy also is a huge factor in online affairs, and fantasy always trumps reality. “Your primary partner will never be able to compare with the fantasy partner,” Hertlein says. “They will never win.”

According to Young, people with low self-esteem, a distorted body image, an untreated sexual dysfunction or a prior sexual addiction are more at risk to develop addictions to cybersex or online pornography.

Therapy can be more complicated if the cheating partner doesn’t believe his or her online activities qualify as an affair, Ducharme says. “The excuses are, ‘I didn’t have sex with this person. I didn’t go out and see anybody or catch any diseases,’” she says. “But the other partner often feels such an emotional betrayal that they are going through the same feelings as if their partner was having a real affair.”

Online affairs can contribute to divorce and child custody fights as the involved partner becomes more enmeshed in the online relationship. A 2008 article in the Journal of Marital and Family Therapy (Vol. 34, No. 4) by Hertlein and a colleague reviewed eight studies of Internet affairs and documented many negative effects from online romances, including less interest in sex in the committed relationship and neglect of work and time with children. Almost two-thirds of the participants in one study reported they had met and had sex with their Internet partners; only 44 percent of them reported using condoms.

Several studies have focused on the “AAA engine” that drives online affairs, namely accessibility, affordability and anonymity. “The Internet is extremely accessible no matter where you are,” Hertlein says. “You could be at home or at work or sitting on the couch with your partner chatting to someone online.”

As costs for Internet access have dropped, online affairs are also very affordable. They can be easy to conceal, as long as the cheating partner deletes the Web browser history and any incriminating e-mails. “It’s really difficult to track what your partner is doing,” Hertlein says. “There aren’t receipts for hotels or dinners or excursions.” With the faceless nature of the Internet, anonymity also is easy to come by. People often feel more comfortable revealing intimate details of their lives to relative strangers because the relationship exists only in cyberspace, Ducharme says. “Things happen so quickly online,” she says. “Some people really begin to think the other person is in love with them. They develop this intimacy and fantasy relationship. The cool thing about fantasy relationships is they don’t require any work.”

Therapy is similar for online or traditional affairs, with couples working on issues of trust, betrayal and forgiveness. Hertlein also encourages couples to use the Internet to strengthen their relationships by enjoying pornography sites together or visiting websites for ideas about romantic dates or new sexual skills.

After an Internet affair, couples often need to move the home computer to a public space, such as the living room, and install tracking or blocking software, Ducharme says. But to build lasting trust, couples must dig deeper in therapy.

“In terms of treatment, the first step is about the individual taking responsibility for the online affair,” she says. “But the couple also needs to examine what was happening in their marriage that led to one of them cheating online.”

« Are You Dating a Cheater?