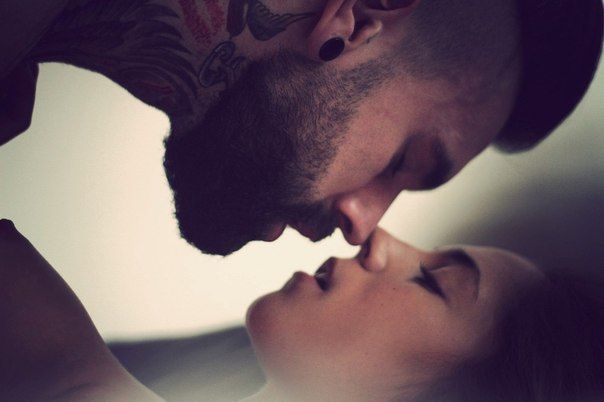 So many boys, so few real men.

I’m rather pissed off at all you stupid boys, parading about like actual men. In fact, you recently cost me a potentially promising relationship. Because you’ve managed to cheat on so many women and break their trust, there seem to be very few women left who are willing to trust another man.

I have never before cheated on a woman in my life, nor will I ever do so. Unfortunately, very few women seem to believe me. I’m sure I’m not the only man who has come across a similar problem.

I’m certain that plenty of great guys have had to carry the baggage some other douchebag left behind. When you break a woman’s trust, you will never get it back. I really mean never. Sadly, you’re also ruining it for the next guy.

By cheating on a woman, you are screwing her over for the long run – she’ll likely be unable to trust another man for years to follow. Real men don’t cheat. Here’s why:

We usually hear about women having trouble controlling their emotions. Truth be told, men are much worse. While women have the intelligence to share their feelings and discuss their problems (most of the time), men like to keep it bottled up.

Until, of course, they can’t take it any longer and explode. When something goes wrong in a relationship, women may very well cry, they may complain, they may throw tantrums or give you the silent treatment, but men – weak men – pretend like they feel nothing.

Once their cup flows over, they look for whatever release they can. They drink. They smoke. They f*ck. Unfortunately, since they aren’t on talking terms with their woman, they f*ck whatever they can find. Real men deal with their emotions appropriately.

Real men have enough willpower to keep it in their pants.

I’m sorry to have to tell you this gentlemen, but because you are men you are going to want to sleep with every beautiful woman who crosses your path. Literally, every single one.

If you’re a real man, however, you won’t risk screwing up what you have for a brief few minutes in the sack with a woman you more than likely won’t have chemistry with. If you really want sex that badly then why not sleep with the woman who loves you?

If the sex bores you, then do something to make it more exciting. It takes two to tango – if she won’t bring the whipped cream then it’s up to you to do so.

Real men don’t date women they don’t love or don’t believe they can one day love.

Obviously, we all date people we aren’t yet certain we will fall for — if love at first sight exists, it’s rarely the case. However, many will date someone they don’t especially care about simply for convenience.

Why go out to find tail when you can have it delivered? Real men understand that women aren’t objects and therefore don’t use them simply to satisfy their own needs. When they know they don’t love a woman then they cut things off instead of continuing to lead them on.

They treat people with respect when respect is due… especially when it comes to the women they’re dating. Cheating is lying; it’s breaking trust and it proves that you care little about your partner as a lover, friend and as a human being.

To cheat is to act as if you’re better than she is and the fact is that you aren’t. Break her trust and you will never really get her back. I had to learn this the hard way.

Real men don’t need to add notches to their belts simply to make themselves feel like men.

Real men know that they’re real men. They can feel it with every step they take – and more often than not it shows. It shows in their demeanor and in their actions. Too many “men” these days believe it’s laudable to sleep with as many women as possible – as if it were some sort of game, and women are collectables of sorts.

Women aren’t objects, and this game that you’re playing is called life. If you get caught cheating and the stakes are high enough then you can ruin your life.

Real men would never hurt the woman they love.

To be fair, real men would never hurt any woman, but especially not the woman they understand as being an extension of themselves. Real men love and care for themselves as well as those who are closest to them.

If you are lucky enough to have found a woman to love and are luckier still to have her love you back, then do everything in your power to keep her smiling. There is nothing worse in the world than losing a person you love. Mistakes are mistakes… but they aren’t always forgivable.

Real men know what’s important in life – and it’s not another piece of ass.

As men, we often want more than is good for us. Only when we get what we thought we wanted do we come to realize the error of our ways. I will tell you right now that there should only be one woman for you.

That one woman who will love you for your entire life is all that really matters. The rest you won’t even remember.

Real men have the guts to break up with a woman.

If you plan on cheating on her then you clearly don’t want to be with her. Grow a pair and break things off. You’re clearly going to do it sooner or later.

Rip that bandaid off and get it over with. Be a real man and not a quivering coward.

« 15 Ways To Keep Your Man From Cheating