What Your Ex Wants You to Know About Your Cheating

Cheated on exes share emotional stories from the pain of relationship betrayal, and reveal just how much, and how many, cheating really hurts.  When two people fall in love, it is supposed to be beautiful, something to be shared with friends and family. Except when it’s not. Except when it’s cheating. And yet, people cheat, and justify it all the time. “It just happened,” they say. Affairs with married people don’t just happen. They are orchestrated. They are sneaky with secret texts and phone calls, and lying. Car accidents just happen, lightning strikes, and the norovirus on cruise ships, those just happen. But we control our behavior. We may have feelings for another person, but we control what we do. We don’t have to sneak off, we don’t have to lie, we don’t have to go to work when we’ll see her alone, or end up outside his office when it’s the perfect time to go for a drink. We are adults. It’s not just about us. It’s about our family. It’s about our husbands and wives and significant others, and our children. It’s about those on whom we are cheating. Ending a relationship is not easy, but when you add cheating to the mix, you add a complex dimension of pain for the other party, and the kids if there are any, as well as confusion and a possible lifetime of additional emotional issues. If children meet a new girlfriend or boyfriend early on in the affair/relationship this can be particularly traumatic, especially if the new relationship doesn’t last.

Being with someone who was once married to another does not have to harm another. However, you are responsible for how you get there. Do you know you want this person? Do you know it’s wrong because they are married? Then back off. If that’s hard because you work together, ask for a transfer, get a new job, or see a therapist. Try not to be alone with the person. Do something to calm the visceral urge. You can use all the clichéd rationalizations you want to excuse your behavior such as: It just happened, their marriage was over anyway, they had fallen out of love, they were going to get divorced eventually, we didn’t mean to hurt anyone, true love cannot be stopped, and on and on, but the fact is, as humans, we have the capacity to control ourselves. So do it. Because, your actions impact others. Here are some honest words directly from those who were hurt. Some of this pain is years old, and yet still hurts. Some is new, and it rages like a storm. Cheating made ending these relationships, many with children involved, that much more difficult, and full of anger, feelings of self-loathing, depression, and failure. Divorce is one of the hardest things a person can go through in life. Add betrayal, and you have compounded the pain and recovery process. 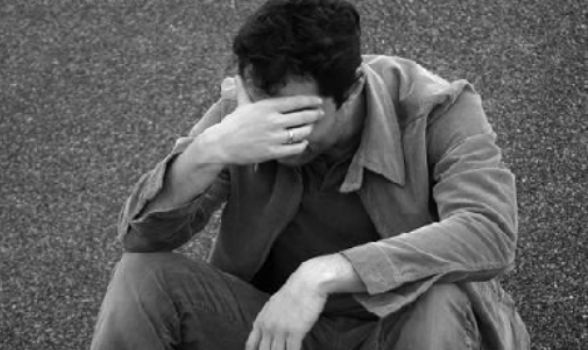 When I found pages of texts and phone calls between my ex and a woman he worked with it was like I was being gutted. I felt like my insides has been ripped from my body. I was crippled by pain for months, often crying in the shower until the water had long grown cold. I thought about suicide. I thought about running away. I thought about doing anything to stop hurting. It was, and still is, the most pain I have ever endured. – Dave

Two long-term relationships ended as a result of cheating. One was a sexual affair, the other was more deceptive. At first, the sexual affair was extremely painful. It was immediately clear that incident marked the relationship’s end. I suspected the emotional affair months before I discovered the truth. As a result of that betrayal, I developed trust issues, and anxiety and hyper-caution with new relationships. These feelings were stronger and lasted much longer than the pain I felt after the sexual affair. What made this affair even more difficult was that my partner cheated with a man who was a mutual friend, and a co-worker of hers. It is still painful to think about and serves as a reminder to be on alert. – Paul

I couldn’t understand why I wasn’t enough. I wondered what she had that I didn’t have and drove myself crazy comparing myself to her. I felt stupid for being so easily led and being so naive. – Troy

I eventually realized my wife had been cheating on me for years, with both men and women. We were together for 17 years, since we were 19, and I just couldn’t believe the complete disregard for our history, the deception, and the perversion. When I finally learned the truth, it was the darkest time of my life. I felt like a failure. There is something very masculine about having your family intact and feeling like you take care of them, and all of a sudden, for the first time in my adult life, I didn’t have it any more, and I didn’t have my most important emotional connection. I really never had it. I will say, I never felt inferior to the other men, because I had the moral high ground. I just had to come to terms with nothing being what it seemed, and the person who I trusted and relied on the most not really existing. –  Kevin  You said things weren’t right, but you never worked on fixing them. I made excuses for you. Life is hard. You have so much on your plate. But the fun and carefree version of you was still there. In the text to her on your phone. Flirty. Sexy. A mutual understanding that we were no longer in love would have been one thing. Heartbreaking, and not what I had hoped for when I said “til’ Death do us part.” But the lying and disrespect, the carrying on with someone else as I sat at home feeding, bathing, and caring for our children, is something I’m not sure I will fully recover from. People can fall in and out of love. Having my trust completely obliterated in one small glance on your phone has crushed me a thousand times more than any lost love of my past. And I don’t know how to repair it. – Martin

I want you to know that it wasn’t the cheating that hurt me so much, it was that you refused to tell me the truth. The betrayal after 20 years of being best friends is just too hard for me to comprehend. We could have ended our marriage amicably, stayed friends and given our kids a healthy transition, but you chose a different path. I am reminded of my disappointment in you every time I see the pain in our children’s eyes – Jennifer

Three years post divorce, the emotional pain of losing the man I thought you were has faded. I no longer wish to be with you, but there is a jab every once in a while when I see a family, and I wonder why that couldn’t be us. I know that you were never faithful to me; knowing that will never go away. I forgive you so I can move on, but I will never forget the hurt, the disrespect and the emotional abuse. I never deserved how you treated me, but I have my self-respect for divorcing you. You will forever live as a prisoner of your wrongs; you still cannot be faithful to your current girlfriend (past mistress). I have moved on. I am free. – Brigette

These are a few examples of real exes, real men and women who were lied to and cheated on by their partners. The themes in their stories are those of betrayal, deception, and feelings of not being enough. And, sadly, of losing the most important emotional connection in their lives; their best friend. The betrayal led to a different kind of break-up for more than one person. Rather than address the ending of their relationship with maturity and making a difficult but emotionally healthy choice for themselves and children, there was something insurmountable, something so painful and damaging introduced leaving emotional scarring and anger. And, for some, an inability to co-parent without the cloud of pain hanging over them. Divorced parents are still parents. And for your kids, you will always be their Mom and Dad. How much better for them if you could be in a different place. Cheating hurts everyone. Including you.

« 4 Stages of Cheating and When Its Warranted

7 Things I Should Have Known Before Being Cheated On »