Why Cheat on Those You Love? Here’s the Science

Many cheaters claim to truly love the very partner they have wronged and usually we doubt their sincerity. After all, loving someone means maintaining a certain level of trust, honor and commitment, right?  But why cheat on those you love? 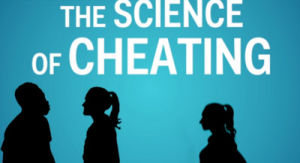 Well, biological anthropologist Helen Fisher says that having an affair isn’t as black and white as we’d like to believe.

Fisher conducted an experiment with a team of scientists where they scanned the brains of people who were “in love.” They would show subjects a neutral photo first, followed by a photo of someone that he/she loved in order to record which region of the brain became active.

The results? The part of the brain responsible for governing “the reward system” would become active when a person looked at a photo of their lover. This is the same region that becomes active from things like cocaine or having an orgasm.

“Romantic love is NOT an emotion, it’s a drive,” Fisher states in her TED Talk. “And in fact, I think it’s more powerful than the sex drive.”

But the problem is: romantic love isn’t the only type of love that’s activated when we fall for someone.

Sex drive: There is the desire which dictates how often a person wants sex.
Romantic love: This is what makes us direct our energy to only one person.
Attachment: This is security we feel with a long-term partner that allows us to raise children with them.

Which means:  “In short, we’re capable of loving more than one person at a time,” explains Fisher.

And that’s why people cheat.

Because it’s scientifically possible to feel deep attachment to a long-term partner AT THE SAME TIME you feel intense romantic love toward someone else and AT THE SAME TIME feel sexual attraction toward another person, Fisher said.

Obviously, this doesn’t make cheating “right” and it certainly won’t make you, the cheated-upon feel any better, but at least you now have scientific proof that cheaters can be truly genuine about the love they have for their partner — even while they’re banging someone else.

« The Dangers of Social Media In A Marriage